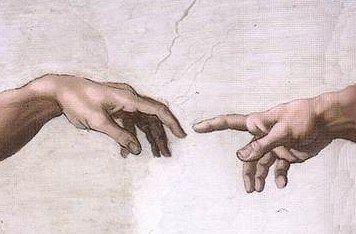 A God that is six feet, or more, away.

A God I can’t touch.

I am struggling with a masked God.

One who is hard to recognize from the crowd.

It is so hard not to see you smile.

I am so tired of the enclosed God.

Sometimes the breath of the pneuma gets stuck in my throat

When we are the hands and feet of Jesus, I feel isolated from your love.

So I find myself seeking you; in the the sunsets and flowers,

In the stillness of the moments, in the sweat of the medical teams, in the stories, all the evolving stories, of good in the world

Remind me of all the ways you are present.

Give me the gifts of creativity, liberty and comfort in ways I’d never ask for nor expect.

And when I feel alone, tell me that even Jesus felt alone.

When I am overwhelmed, please speak to me that my feelings are real and legitimate.

Help me to make space for the feelings–the loneliness, the fleeting happiness, the sadness, the anger, and the thirst for change.

Then teach me new ways to be your hands and feet I pray.

More Resources for this Week.

After wrestling with God, Jacob won’t let him go; he clings to him, seeking God’s blessing (see image at https://suzannewoodsfisher.com/faith/jacobs-wrestling-match-genesis-3226/ and https://pastorross1.files.wordpress.com/2016/10/wrestling41.jpg

You cannot walk away from encountering God without being changed (our friend Rev. Elizabeth Vandegrift); after Jacob’s confession of who he is (heel-grabber), he has no more reported conflicts with others (husband Len Hedges-Goettl’s take). See *** below under exegesis.

Night is a vulnerable time/space https://www.umcdiscipleship.org/worship/lectionary-calendar/eighth-sunday-after-pentecost4 Also Brueggemann below* under exegesis

Sculptures by Nathan Rapoport at

https://www.google.com/search?sxsrf=ACYBGNQeGXiGSA-3pv_RZtVDudQrQtFB8w:1568163897181&q=Jacob+Wrestling+with+the+Angel,%22+Nathan+Rapoport&tbm=isch&source=univ&sxsrf=ACYBGNQeGXiGSA-3pv_RZtVDudQrQtFB8w:1568163897181&sa=X&ved=2ahUKEwjO1KngycfkAhUEtlkKHS14Cp0QsAR6BAgJEAE&biw=1821&bih=810#imgrc=haSJyS7LRSBmhM: This sculptor has done many versions of Jacob and the angel/God; would be interesting to look into why; see links from Wikipedia for more about him

O God, you continue to reveal yourself to us.

You continue to make and keep promises to us.

You continue to graciously give to us, even when we deserve nothing.

Draw us to yourself. Touch and change us. Amen

ALL: Hear and answer us, O Lord, we pray. Amen.

Thanks be to God for the Good News:  In Jesus Christ, we are forgiven.

***NL on Jacob having to name himself in a move that is both confession and a death leading to new life; http://www.workingpreacher.org/craft.aspx?m=4377&post=1597

How Jacob was changed http://www.verityfellowship.org/blogarchive/2017/6/12/the-dependent-prayer-of-jacob-jacob-part-1

NL on the whole Jacob cycle (I don’t agree that the passage is about persistence; that’s as though it’s a version of let’s make a deal—see alternatives above) https://www.workingpreacher.org/preaching.aspx?commentary_id=2555

Interview of Brueggemann by Bill Moyer-video of part of interview; more in writing *https://billmoyers.com/content/god-wrestling/

32 They went to a place called Gethsemane; and he said to his disciples, ‘Sit here while I pray.’ 33He took with him Peter and James and John, and began to be distressed and agitated. 34And he said to them, ‘I am deeply grieved, even to death; remain here, and keep awake.’ 35And going a little farther, he threw himself on the ground and prayed that, if it were possible, the hour might pass from him. 36He said, ‘Abba,* Father, for you all things are possible; remove this cup from me; yet, not what I want, but what you want.’

Genesis 32:22-30
22 The same night he got up and took his two wives, his two maids, and his eleven children, and crossed the ford of the Jabbok. 23He took them and sent them across the stream, and likewise everything that he had. 24Jacob was left alone; and a man wrestled with him until daybreak. 25When the man saw that he did not prevail against Jacob, he struck him on the hip socket; and Jacob’s hip was put out of joint as he wrestled with him. 26Then he said, ‘Let me go, for the day is breaking.’ But Jacob said, ‘I will not let you go, unless you bless me.’ 27So he said to him, ‘What is your name?’ And he said, ‘Jacob.’ 28Then the man* said, ‘You shall no longer be called Jacob, but Israel,* for you have striven with God and with humans,* and have prevailed.’ 29Then Jacob asked him, ‘Please tell me your name.’ But he said, ‘Why is it that you ask my name?’ And there he blessed him. 30So Jacob called the place Peniel,* saying, ‘For I have seen God face to face, and yet my life is preserved.’ 31The sun rose upon him as he passed Penuel, limping because of his hip. 32Therefore to this day the Israelites do not eat the thigh muscle that is on the hip socket, because he struck Jacob on the hip socket at the thigh muscle.

Jacob is the ankle grabber, the loveable thief. The one who pulls himself up…by another’s bootstrap. Its Jacob, the man who got his inheritance by cheating his father and stealing his brother’s. This is Jacob, who despite that cheating, finds God. The man who, when he sees Jacob’s ladder says “I didn’t expect to see God here.”

Jacob sees God, and knows God, and wrestles with God. How this happens we don’t really know. One minute Jacob is traveling, the next he’s wrestling God.

And, Jacob is winning, when God asks Jacob’s name, and Jacob confesses. Confession is presenting your whole self, your good and bad to God. Its admitting who you are, naming yourself to God.

But the interesting thing about confession, is that you can’t confess yourself to God, without being changed by God. Its a Murphy’s Law kind of thing. God asks, Jacob’s name, and Jacob admits its cheater, not a name to be proud of. Jacob confesses himself, his name and then literally and figuratively breaks under the strain of it.

Then, it changes, God says “No, now your name is Israel: God prevails.” God prevails and Jacob is changed by his struggle with God.

What’s amazing is that this struggle happens many times in the Bible. In the time Jesus prays in the Garden it going on both with the disciples and Jesus himself.

Jesus struggles with God, asking if he could not do it. (Don’t ask me how, but Jesus is struggling with God).

In the end, though, Jesus gives himself to full confession. Saying “your will be done.”

The gift of faith is just the beginning. Struggle and confession are a part of the practice of faith.

That is what we are doing when we confess ourselves to God. Claiming ourselves as children and belonging to God. We struggle with claiming who we are, confessing ourselves so that God’s will can be done, so we can be the people God envisions us to be.

In that way, God calls us into being, by our very names