Why do I go to church?

You know, most people my age don’t go to church

Most of them don’t even believe in religion

They may believe in God, but if they do it tends not to be the “standard” version of God

These people are usually identified as “nones‘ (which is kind of a detrimental name, even though I know it isn’t meant that way…maybe we should be calling them/us something else) Something like 75% of people my age don’t affiliate in their religion

(for more about why I include myself, a pastor, in this at times, please read my post “I don’t Know What I believe”)

But I believe in God….Life is just too short to be meaningless…

Meaningless is just too hopeless to be believed

And people are just to wonderful to give up on….

And because of these truths, I believe in God….I know that not everyone believes what I believe, and I don’t mind (usually). As long as you aren’t preaching hate as gospel, I’m pretty ok with most beliefs…after all I’m not the one who is going to judge whether the fig tree is bearing fruit. That is up to the boss.

What I do worry about, is my generation in terms of willingness to try to religion. Have we given up? Do we truly think it has nothing to offer? Does the bad really outweigh the good? Do we think that we can only find our own spirituality outside of church? (What does that have to say about church, but what does that also have to say about us).

I recently learned that millenials are those of us born between 1980 and 2000. Here is what we have in common.

We grew up in a boom, but came into maturity in a economic downturn/depression

We are the children of baby boomers

We tend to be called hipsters

We don’t have a lot of life opportunities: jobs, marriages, having children–>we have to put these things off

We grew up with Harry Potter 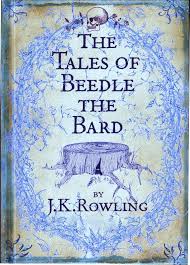 We like individuality–but tend not to rebel, but instead go off our own way

We are thought of as ungrateful and lazy

We don’t have a strong religiousity

Yet here I am: mother, fairy tale enthusiast and pastor. Here I am, trying to figure out if I have a strong enough call to conduct a ministry via sci-fi and fantasy that I need to invent something to do this.

In a lot of ways I am “old-fashioned” for my age. I am young, married, have three children and an “old-fashioned” kind of job that carries with it healthcare and a pension (at least for now). And yet, I feel the pain of those around me. I too am physically weighed dow

n by student debt that I’m terrified I’ll never get rid of, I too understand that completeness and fulfillment will not fully come from my employment (hmm…that should be on the list above).

So I guess I’ll keep at it, hang onto the understanding th

at my concept of religion and my relationship with God is helpful to some of the people in my life, and that people will or won’t join churches on their own, and its not my responsibility.

Katy likes it! Hopefully if/when you are interested you can find a place that fits you too!