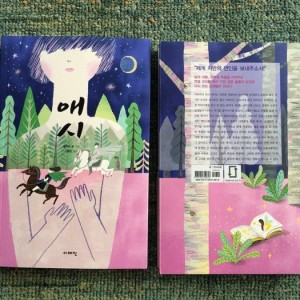 “Did you notice that the illustration of the girl on the cover looks Asian? The moment I noticed that, I had to sit down. You see, in my imagination, the main character looks Asian. That’s not clear in the book, and I’ve written before about why it’s OK if you (the reader) didn’t get that from the text. To me, though, Ash looks Asian, and I’ve never seen that represented in an illustration before this Korean cover. It was astonishing. I felt like crying.”